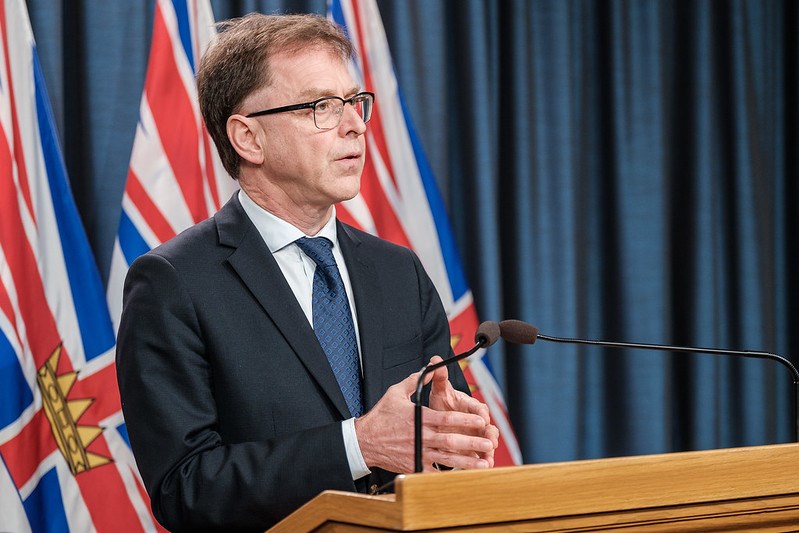 The updated figures from Health Minister Adrian Dix and Dr. Réka Gustafson, the deputy provincial health officer, bring total cases in B.C. since the start of the pandemic to 4,745.

A total of 3,845 people have recovered from the virus.

There are no new health-care facility outbreaks, and one fewer after the outbreak at Richmond Lions Manor was declared over. In total, eight long-term care or assisted-living facilities and one acute-care facility have active outbreaks.

Most new cases are still in younger adults but there has been a slight increase in the 40 to 60 age group, which is being closely watched because they are more likely to have more serious symptoms, Gustafson said.

At the same time, an outbreak in Haida Gwaii has been improving. Eleven patients are hospitalized and four remain in critical care.

"Regardless of where we may be in our province, and what we may be doing, we have seen that indoor gatherings that are encouraging very close proximity tend to be an important source of transmission", she said.

Everyone should continue to practise physical distancing, wash their hands regularly and stay home if feeling at all unwell.

Before this week, the highest number of active COVID-19 infections in B.C. was 717, on April 28. New assessmemt and testing centres and extended hours of service have been added in the Vancouver Coastal Health and Fraser Health regions to address increases in demand. Another 2,452 people are being monitored by public health teams after exposure to known cases.

On Monday, August 17, the province broke a record in the biggest single-day case count, when it recorded 100 new cases between August 14 and August 15.