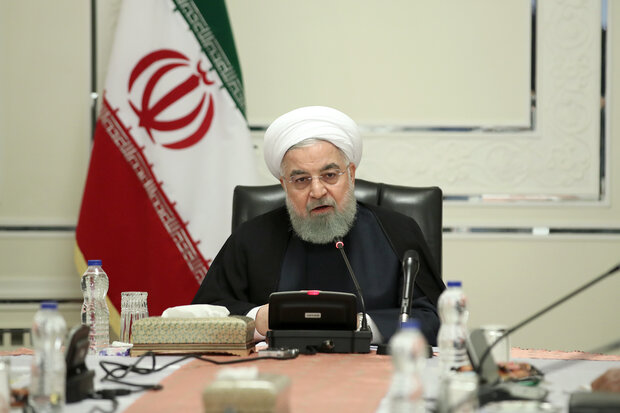 The 25 million figure put forward by Rouhani on Saturday is almost a third of the population and massively higher than the official number of COVID-19 cases.

Rouhani said the coronavirus cases displaying no symptoms are the most unsafe group in terms of spreading the disease.

Iranian health officials sought on Sunday to play down the president's estimate that some 25 million people have been infected with the coronavirus, saying it was based on serological blood tests that measure exposure to the illness and that can not be relied on to show the current state of disease.

According to him, another 35 million are at risk of becoming infected, as the population still does not have collective immunity.

The country has refrained from imposing full lockdowns.

"We have to consider the possibility that 30 to 35 million more may face infection".

Before Iran reported its first cases of the virus in February, authorities denied it had reached the country for days, allowing the virus time to spread as the nation marked the 41st anniversary of the Islamic Revolution with mass demonstrations and then held a parliamentary election in which authorities desperately sought to boost turnout.

Iran has been battling a resurgence of COVID-19, with figures showing a rise in both new infections and deaths since a two-month low in May.

The reported deaths are based exclusively on people who died of COVID-19 in a hospital setting.

Of every 1,000 people infected with the coronavirus, 500 show no symptoms, 350 ones have mild symptoms without the need for hospital admission, while 150 others need to be hospitalized, the president added.

The rising toll has prompted authorities to reimpose restrictions in worst-hit provinces after being lifted country-wide in April, with Tehran extending them for an extra week on Friday.

His remarks caused surprise as the statistics he provided are drastically higher than the official reports from Iran's health ministry announced daily from the beginning of the pandemic.

Presidential Spokesman Alireza Moezi, on his part, clarified in a tweet that the Health Ministry study cited by Rouhani is just one of the scenarios in which that number of Iranians may have been exposed to the virus and hence developed an immunity.

Iran has seen the worst outbreak in the Middle East, with more than 270,000 confirmed cases and at least 13,979 deaths.