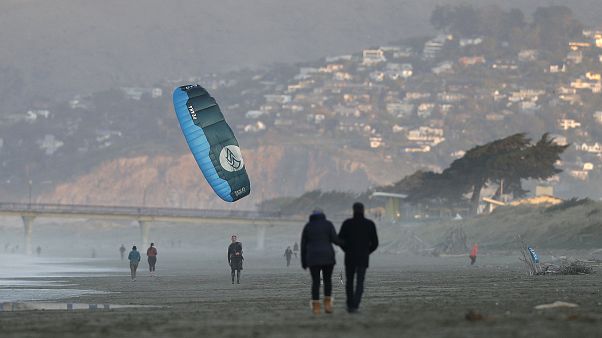 Bloomfield revealed new arrivals were not being tested at day three, despite that being government policy, while others at the quarantine hotel in question complained about a lack of rigorous health checks and other sanitary measures.

Regarding the two new cases, Ardern said that they highlight the importance of strict border controls for Covid-19.

"I'm not concerned about community clusters because we've had a long period with no community transmission".

"I have made it clear that I am unhappy with what has happened".

New Zealand's government drew global praise for a swift and stringent lockdown that appeared to have quashed the virus, with fewer than 1,500 confirmed cases and 22 deaths since it arrived on New Zealand's shores.

Bloomfield said they have been following the country's regulations, including not using any public facilities and not having any contact with anyone during their journey by vehicle from the isolation hotel in Auckland to self-isolation in Wellington. Both have gone into self-isolation in the Wellington region.

National MP Michael Woodhouse revealed yesterday afternoon that they had met up with friends after getting lost on their way out of Auckland. He said he received information from a confidential source "that the story of an uninterrupted trip from Auckland to Wellington was not accurate".

Bloomfield confirmed the two women took the wrong motorway and headed north "partly due to the stressful circumstances on them".

He said as soon as further information was provided by the women in further interviews conducted by health officials, he asked officials to act on it. "As I understand it the woman had a pre-existing condition, something that meant that what she was experiencing was something she expected to experience", he said.

In response to questioning regarding why he believed the initial information the women provided in their first interview, he said he was only sharing the information he had on hand.

"It is not uncommon for information and details to evolve, including details being missed during case interviews and contact tracing where there is heightened emotion, intense grief and stress".

The announcement from the island country's Ministry of Health comes after officials vowed a day earlier that the women had no contact with any people or any public facilities on their road trip from Auckland to Wellington by auto.

The Ministry of Health is in the process of contacting all people on the flight.

Public Health staff have been in contact with their counterparts in Australia so they can take appropriate action for passengers on the flight the two women were on from the United Kingdom to Brisbane.

Dr Bloomfield today reiterated any contact between the two cases and their friends was "brief".

She stressed that the women, who were visiting a dying relative, had done nothing wrong and complied with health protocols at all times.

It was "absolutely nonsensical" that the women had not been tested, Ardern said. "Our job is to restore it".

Anyone the women may have come into contact with will now be tested.