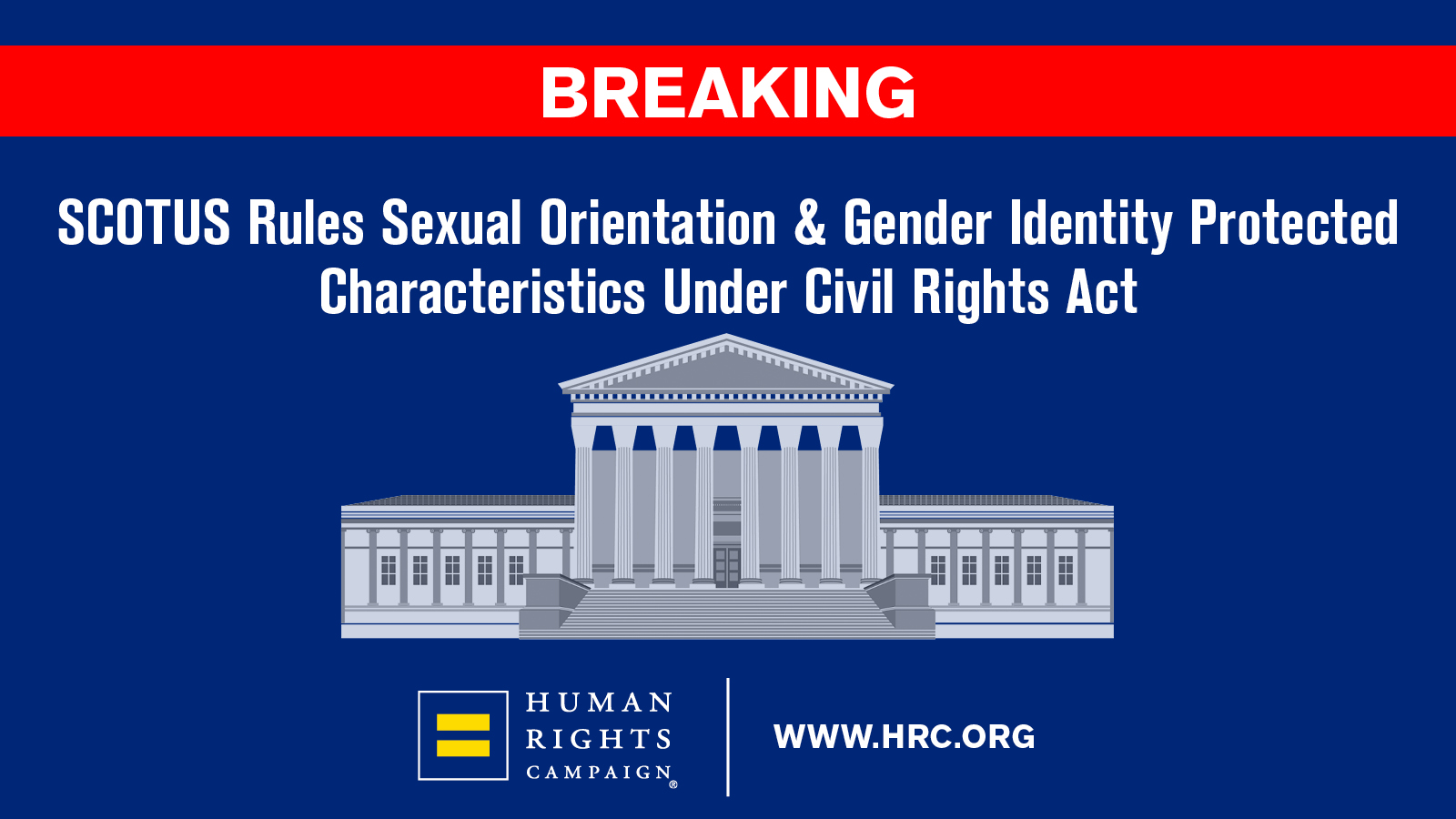 The decision encompasses a number of cases, but the most prominent was that of Aimee Stephens, a trans woman from MI who was sacked by her longtime employer, Harris Funeral Homes, because she had transitioned from living as a man to living as a woman.

The U.S. Supreme Court ruled Monday that the ban on sex discrimination in Title VII of the Civil Rights Act protects gay and transgender workers.

Title VII of the 1964 Civil Rights Act prohibits employment discrimination based on race, sex or religion.

"We do not hesitate to recognize today a necessary effect of that legislative choice: An employer who fires an individual merely for being gay or transgender defies the law". The act would bar any discrimination based on gender or sexual orientation in several areas including employment, housing, public education, the jury system and more.

In 2013, Aimee Stephens was sacked from her job after she came out to her employer as transgender and decided she would start presenting as a woman.

Alphonso David, the group's president, said, "No one should be denied a job or fired simply because of who they are or whom they love".

President Trump and his administration oppose rights for LGBTQ workers and actively lobbied to have the Court rule discrimination is legal.

Of course, conservatives, who are addicted to bad faith arguments, will never admit that was what they were trying to do by fighting against Stephens and the subjects of the other cases under consideration, Gerald Bostock and Donald Zarda, two gay men who were fired due to their sexual orientation.

Two other plaintiffs did not live to see the ruling.

The court also ruled in a case that involved a transgender funeral director named Aimee Stephens fired by a Detroit funeral home after revealing plans to transition from male to female.

Justice Brett Kavanaugh authored a separate dissent-essentially along the same lines as Alito's which upbraided the court for using "a novel form of living literalism to rewrite ordinary meaning and remake American law" which goes out of its way "to acknowledge the important victory achieved today by gay and lesbian Americans".

The court's decision had been highly anticipated since the case marked the first time the Court had taken up gay rights since the retirement of Justice Anthony Kennedy in 2018.

The importance and impact of this for LGBT people throughout the country can not be overstated, because it takes Title VII to a place the Supreme court hadn't been willing to take it before and which many argued was beyond the scope and intention of Title VII.